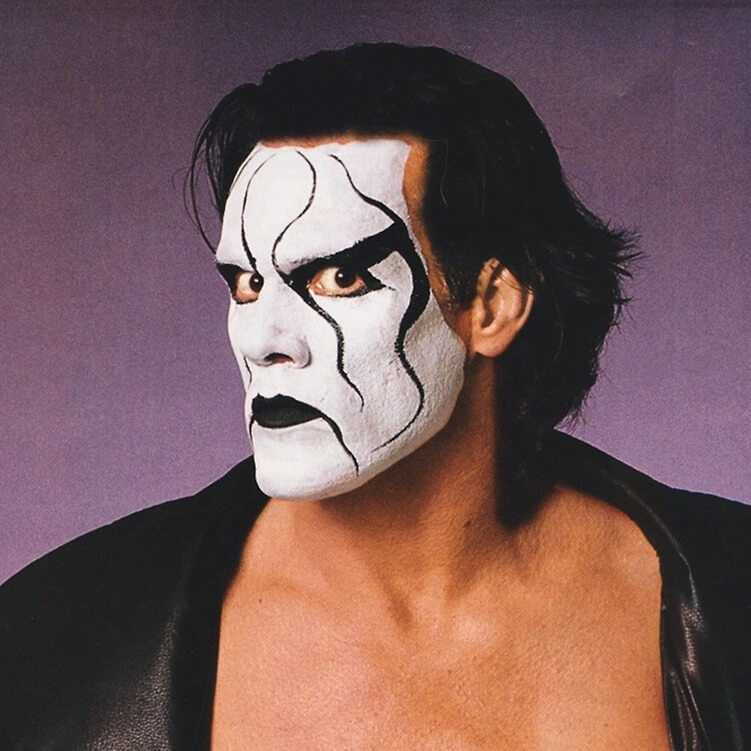 Steve Borden is commonly known as Sting. Steve is an American professional wrestler. He is currently signed to WWE. Steven Borden is famous for being with WCW and TNA in the past. He is the greatest WCW superstar in History. He is a fifteen-time world champion.

Steve Borden was born in Omaha, Nebraska. Steve Borden started wrestling with Continental Wrestling Association in 1985. He formed a tag team with Jim “Justice” Hellwig. Jim “Justin” Hellwig is currently known as The Ultimate Warrior. They both joined the Universal Wrestling Federation in 1986. Steve Borden’s now using the name Sting. Sting joined WCW and Hellwig joined rival promotion WWE. Both went on to headline their respective shows and won numerous championships. Sting became a 6-time WCW World Champion. His first major feud in WCW was against The Four Horseman. He won his first world championship in 1990. He defeated Ric Flair for the NWA World Heavyweight Championship. He was using his surfer face paint during his earlier time in WCW.

In 1996, he started wearing black tights and B/W face paint. This was a darker gimmick to his previous colorful gimmick. Steve Borden’s this sting is known as “The Crow” Sting. Steve Borden was now compared to The Undertaker of WWE for his dark persona. This comparison is still going on as both legends are looking to retire. After numerous feuds with the likes of Hulk Hogan, Booker T, Jeff Jarrett, and Ric Flair he ended his run with WCW. The reason was that WCW was bought off by WWE and he didn’t trust Vince. He was offered a contract but he didn’t accept. WWE ranked him no.1 WCW superstar. His last match with WCW was against his 13-year rival Ric Flair. Steve Borden later joined TNA in 2003. He feuded with Jeff Jarrett in the start with TNA. He won 4 World Championships with TNA. He was the reason TNA could shine as a promotion in the USA. He had many feuds there with former colleagues from WCW. Steve Borden feuded with Hogan, Flair and Booker T in TNA. He joined WWE in 2014 and is yet to make his wrestling debut.

In an interview, Steve Borden said he wanted the dream match between Sting VS The Undertaker at WrestleMania to happen. He made an appearance in the WWE Survivor Series. He nailed Triple H with a Scorpion Death Drop.

Steve Borden is a born as Christian. He has three children. Both of his boys Garrett Lee and Steven, Jr plays college football. He also has a girl named Gracie.
Sting’s finishing moves are Scorpion Death Drop and Scorpion Deathlock. He is a Triple Crown Winner with WCW. He is also a member of TNA Hall of Fame class of 2012.