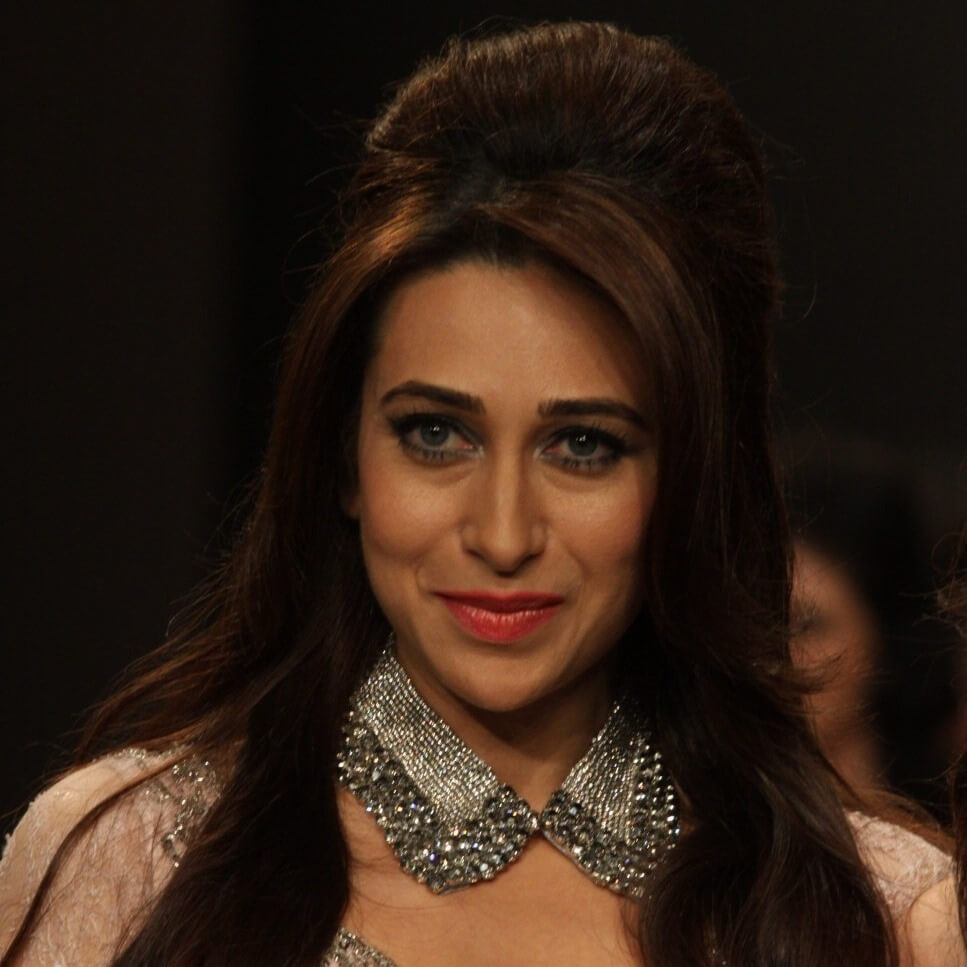 Karisma Kapoor, an Indian actress appearing in Bollywood films. She was born on June 24, 1974, to Punjabi-speaking Randhir Kapoor and his Sindhi-speaking wife, Babita Shivdasani, who is the daughter of actor Hari Shivdasani, and cousin to Sadhana. Karisma is the third Kapoor female to appear on the silver screen in India. The first being her aunt, Sanjana Kapoor, daughter of actor Shashi Kapoor, followed by her sister, Kareena Kapoor. Karishma made her film debut with Prem Qaidi opposite Harish. In 1996, Kapoor played the female lead in Dharmesh Darshan‘s Raja Hindustani opposite Aamir Khan. The movie was the highest grossing film of the year and she won her first Filmfare Best Actress Award. The following year, she won the Filmfare Best Supporting Actress Award and the National Film Award for Best Supporting Actress for her role in Yash Chopra‘s super-hit, Dil To Pagal Hai opposite Shahrukh Khan and Madhuri Dixit.