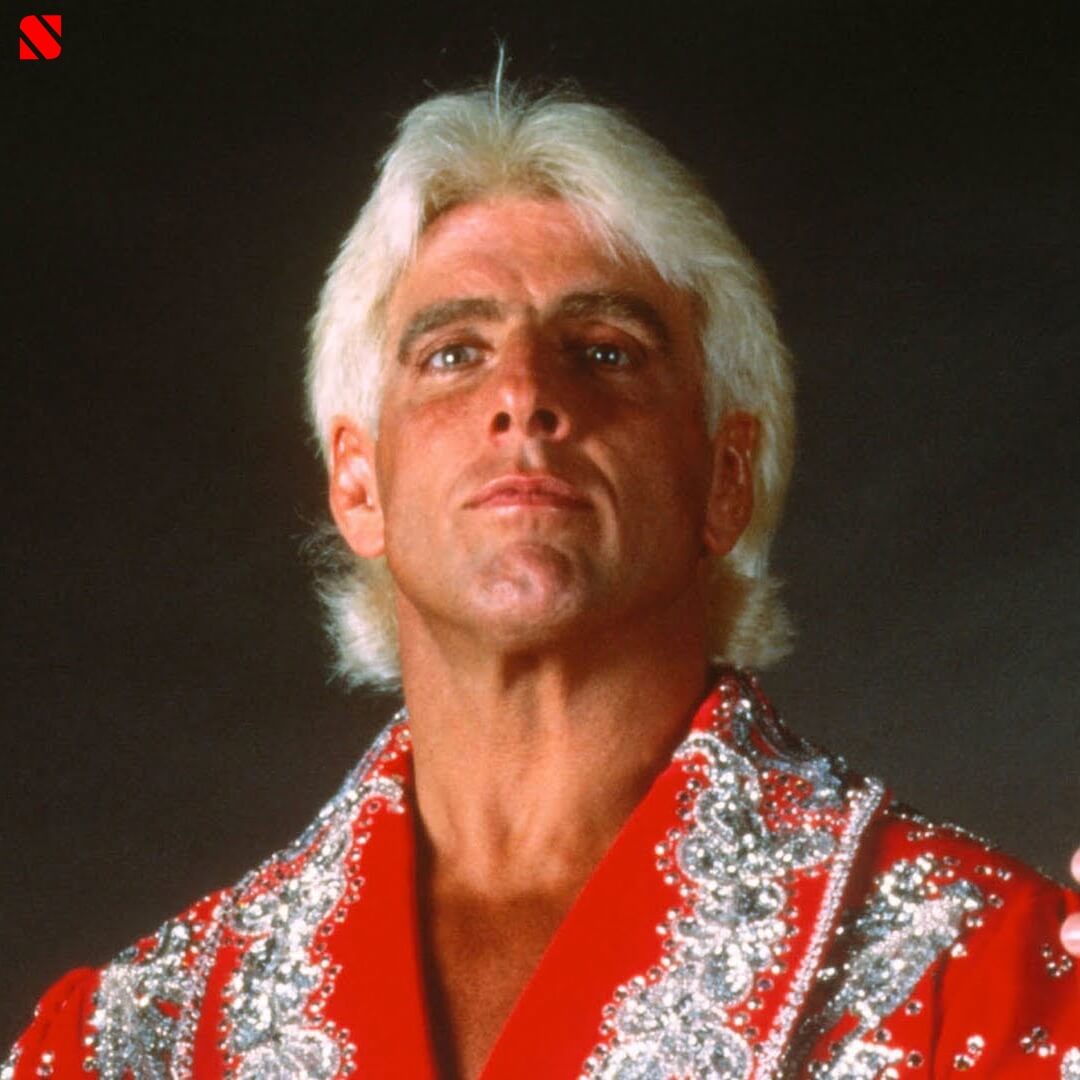 Ric Flair is a retired American professional wrestler. He is regarded as the greatest wrestler in history by many. Ric Flair is a record 16 times World Champion. No one has won more prestigious world championship than Ric Flair. In his 40+ years career he has conquered NWA, WCW and WWE’s top divisions. He was the first WCW World Champion.

Ric Flair was born as Richard Morgan Fliehr on February 25, 1949 in Memphis, Tennessee. He was an amateur wrestler in high-school. He went to college on a Football Scholarship. He dropped out of college and started training with Verne Gagner. He started with AWA in 1972. He was soon becoming popular with his ring endurance and charismatic style. During his time there he defeated Dusty Rhodes, Andre the Giant and Larry Hennig. In 1994, Ric Flair joined National Wrestling Alliance. National Wrestling Alliance was the biggest wrestling promotion at the time. He was involved in a plane crash in 1975. He was 26 at the time and doctors told him that he would not be able to wrestle again. Ric Flair due to physical therapy came back in the ring within three months. After that he feuded with “Nature Boy” Buddy Rodgers and started calling himself “Nature Boy”. “The Nature Boy” nickname would last for a lifetime for Ric Flair. In 1981, Ric Flair won his first NWA World Heavyweight Championship. The Next few years he defended the NWA World Title all around the world. He lost and regained the title on multiple occasions. He is an 8-tIme NWA World Heavyweight Champion. In 1985, Ric Flair, Ole Anderson, Arn Anderson and Tully Blanchard formed The Four Horseman. With this stable Ric Flair became one of the most hated wrestlers in the industry. They won and controlled most of the championship during this era. In 1986, he joined WCW. When NWA withdrew from WCW,

Ric Fair was crowned as the first ever WCW World Heavyweight Champion. In 1991, he joined WWE when he had contract dispute with WCW. He appeared with the NWA World Title and began calling himself “the real world champion”. That world title was given to Triple H as a gift. In WWE, Flair feuded with Hulk Hogan. First he got involved in a championship match between The Undertaker and Hulk Hogan. He won the 1992 Royal Rumble and became the only wrestler to win the WWF Championship in the Royal Rumple Match. He lost a looser leaves WWE match to Mr. Perfect and left WWE in 1993. He returned to WCW following the event. He was involved in various feuds in the future with Sting, nWo. When WCW was bought by WWE in 2001 he wrestled in the final main event of WCW Nitro. He lost the match to Sting. In 2001, he joined WWE as the co-owner of the company. After that he became a member of the stable Evolution.

Ric Flair won the Intercontinental and World Tag Team Championship while with evolution. In 2008, Ric Flair was inducted into WWE Hall of Fame by Triple H. The nest day he lost the match to Shawn Michael at WrestleMania. The stipulation was if flair loses he must retire. This match won the Match of the Year Slammy Award. Since then he has made cameo appearances with WWE. He joined TNA and became involved in various storylines from 2010 to 2012. But he soon returned to WWE in 2012.

Ric Flair has been the inspiration for many younger wrestlers. He was respected by everyone at WWE. This was shown at his retirement speech. His youngest son Reid Flair was a professional wrestler. He died in 2013 due to heroin overdose. His daughter Ashley is currently signed to WWE as Charlotte. She is the current NXT Women’s Champion. His oldest son David Flair is also a professional wrestler.