Nicole Richie is an American actress, TV personality, author, and fashion designer. She is also the adopted daughter of the famous musician, Lionel Richie. She became popular after appearing on the Fox reality TV series The Simple Life.

Nicole Richie‘s birth name was Nicole Camille Escovedo. She was born on September 21, 1981, in Berkeley, California. Her biological father is Peter Michael Escovedo, who is the brother of Sheila E. And her biological mother is Karen Moss. She was three years old when she was adopted by Lionel Richie because of her parent’s financial difficulties.

Nicole got the chance to appear on the reality series The Simple Sife with her best friend Paris Hilton in 2003. The series premiere debuted on Fox on December 2, 2003, to 13 million viewers. The series continued for a second and third season. After that, it was aired by E! Entertainment Television for its fourth season.

At first, Richie made her debut in the comedy drama Kids in America in 2005. She also starred in some other TV series including Eve, Six Feet Under and American Dreams, 8 Simple Rules for Dating My Teenage Daughter. She also played the recurring character Heather Chandler on Chuck.

Nicole also wrote a semi-autobiographical novel, The Truth About Diamonds in 2005. Is was peaked at number No. 32 in Hardcover Fiction on The New York Times Best-Seller List in 2006. She also wrote another novel named Priceless on September 28, 2010.

Nicole Richie and Paris Hilton‘s friendship ended in April 2005. She started dating Good Charlotte lead singer Joel Madden in December 2006. After that, they got married. She also has two children. 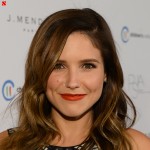 Published in Actress and TV Pernsonality