Meghan Markle, Duchess of Sussex, is a member of the British royal family and former film and television actress. She is also a model, and humanitarian. She is known for her remarkable portrayal of Rachel Zane in the legal drama TV series Suits. Meghan also did a good job in the sci-fi thriller series Fringe. She also works as an advocate for the United Nation’s Women’s for political participation and leadership.

Meghan Markle’s full name is Rachel Meghan Markle. She was born on August 4, 1981, in Los Angeles, California, USA. She is from a mixed cultural family. Her father is Thomas W. Markle, who is an Emmy Award-winning director of photography. Her mother is Doria, a yoga instructor, and clinical therapist. Markle studied at the Hollywood Little Red Schoolhouse at first. After that, at the age of twelve, she got admitted to the private Immaculate Heart High School. Then, she completed her double major in theater and international relations from Northwestern University. 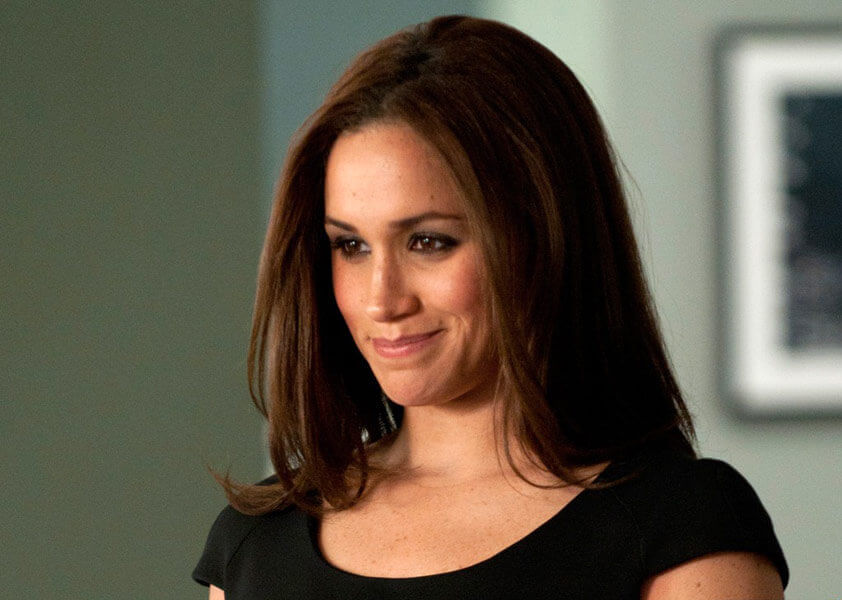 Meghan Markle started her career with small acting jobs. She also worked as a freelance calligrapher for financial supports. In 2002, she got a small role in the General Hospital, a daytime soap opera. Then, she got a chance to play the role of Junior Agent Amy Jessup in the Fox TV series Fringe. Meghan also played in two 2010 movies, Get Him to the Greek and Remember Me. She also appeared in the Horrible Bosses(2011). After that, in 2011 she got the role of paralegal Rachel Zane on the USA Network show Suits. She also appeared in many other movies and TV series like Century City, Cuts, Love, Inc., The War at Home, 90210, Knight Rider, Without a Trace, The Apostles, CSI: NY, The League, and Castle.

She is also recognized as a humanitarian. In 2016, Markle became the Global Ambassador for World Vision Canada. She also works as an advocate with the United Nations Entity for Gender Equality and the Empowerment of Women.

Meghan is also the founder and editor-in-chief of lifestyle site The Tig.

In June 2016, Markle began dating Prince Harry, grandson of Queen Elizabeth II. In 2017, she announced her engagement to Prince Harry of Wales. In preparation for the wedding, the Archbishop of Canterbury, Justin Welby, baptized Markle and confirmed her into the Church of England on March 6, 2018. The couple married at St George’s Chapel, Windsor Castle on May 19, 2018. After their wedding, they became the Duke and Duchess of Sussex.

Published in Actress and Royalty